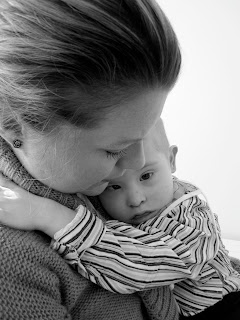 For those of you just joining our family's journey to adopt Kirill, I thought it might be helpful to have a summary so you don't have to go back and read this entire blog. That could take a long time since we started our adoption almost two years ago.


Two years ago; that was when Greg and I began praying for God to do whatever he wanted with our lives. We handed him a “blank check” so to speak, and told him to cash it. He opened our eyes to children with disabilities wasting away across the ocean in Eastern Europe. We joined God and started our adoption journey.
Our family is more than equipped to handle a child with special needs. I have a degree in Early Childhood Education. I am a member of the Board of Directors of Best Buddies of Alabama. I have volunteered for RISE and Eagles’ Wings. All of these organizations serve individuals with special needs. My husband I have close friends and family who have special needs and we are a big part of each other’s lives. Our wedding party included some of these special people. Our involvement with individuals with special needs led us to adopt a child with special needs; specifically, we chose Down Syndrome.
As we prayed over the faces of thousands of orphaned children with Down Syndrome, we ultimately chose a little boy named Sergey from Russia. Eight months later, as we neared the finish line of our adoption, one of Sergey’s family members in Russia stepped forward to adopt him. We were heartbroken for our loss, but God showed us that we were following him, and his ways are perfect. We knew we still wanted to adopt, so the way we saw it, two children would find homes because of our journey…Sergey went to his family and now we would choose another child to come into our family. We took great comfort in knowing that God could see this when we first committed to Sergey! We were honored to be a part of his plan.
Shortly after losing Sergey, we received a new referral with a grainy photo of a four-year-old blond-haired boy wearing pink glasses named Kirill. We were instantly in love with him. We had to re-file a lot of our paperwork because of the change in referrals and regions of Russia, but we were fast and we thought we were looking at three more months at the most until we would have Kirill home.
That was well over a year ago.
Since then so many things have happened. A tragic story of an adoptive mother sending her child back to his country alone on a plane with a note pinned to his shirt rocked our world…he was from Russia. Adoptions in Russia came to a screeching halt. Kirill’s region stopped processing adoptions for eight long months. The judge refused to accept any Amercian adoption cases until an official treaty was signed between the United States and Russia.
Even though we wouldn’t be able to finalize the adoption in court until the treaty was signed, we were allowed to go visit Kirill and sign our official petition to adopt him in August 2010. We fell more deeply in love with him. This was our son.
During that time, we found out that Kirill is the first child from his region EVER to be adopted with Down Syndrome. A birth mother keeping her child with Down Syndrome is unheard of in this area of the world. Adoptions of children with Down Syndrome just don’t happen there, these children are literally hidden away from society in orphanages and mental institutions. As our process continued, it became apparent that Kirill would be a pioneer. If our adoption was approved, it would pave the way for other children with special needs to be adopted from this region.
Then, a miracle happened around Christmas and the judge in this region suddenly changed her mind and began processing American adoptions again. We were elated.  Could this be the light at the end of a very long tunnel? I was somewhat nervous about Kirill being the first child adopted with Down Syndrome from his region, but our agency was very confident that if we got a court date, our adoption would be approved. In seventeen years, they had never had a case rejected IF the family was issued a court date. We were told not to worry, so I didn’t. After meeting the judge’s requests for several supporting court documents, we were finally granted a court date-March 17, 2011. St. Patrick’s Day…I was thrilled. This would be our new favorite holiday! Our son was coming home!
Our other son, Clayton, who had just turned three when we started this adoption process, has prayed fervently for his brother. He is now almost five. When we told him Kirill was coming home, oh my…we had an excited big brother on our hands! At one point he even went to his room, dumped out his toy cars and divided them into two stacks…one for him and one for Kirill. He will not even speak of having separate bedrooms. He wants Kirill to sleep in the same room as him and has been sleeping with a stuffed animal he is planning to give to Kirill.


Last week, as we sat in the courtroom and suffered through five agonizing hours of difficult questioning, we were not prepared for anything but an approval of our case. Two doctors, two social workers, and the Minister of Children’s Services all made very strong statements on our behalf. They spoke strongly on our behalf.
But when the ruling was read, the judge said, “Your application to adopt is rejected.” The basis given was that Kirill was “not socially adaptable” due to his “medical condition” and he was better off in an institution than in a home with a family. As the judge read her ruling, she stated several times that we were a good family, that we met all the criteria to adopt a child, but that she would not approve our adoption because Kirill has Down Syndrome and he could not socially adapt to being adopted. She told us that we could adopt another child, because legally our application had no problems according to Russian adoption law. The ruling stated she would approve our adoption for a “typical” child, but not this child. The ruling also stated that he would be better served in a mental institution than in our home; an institution that does the best it can with what it has, but that has one caregiver for every 13 children, all of which have intellectual disabilities. Even though we were approved by our home study and by the USCIS to adopt a child with special needs. Even though we have so much personal experience with children with special needs AND the resources, knowledge, and community support to provide him with the therapies that he will need (and could never get in an institution) to grow and develop at his maximum potential. Even though we had two doctors (from his current and previous orphanages), two social workers (one from the region and one from the orphanage), and the Minister of Children's Services testify that Kirill would be better off in our home than he was in an institution.


It was like a terrible dream. We were so unprepared for this outcome. As we left the courthouse in a mental fog, the doctors and social workers that had testified on our behalf came to us and said, “If you appeal, we will speak again for you. Appeal this decision. Kirill belongs with your family.” Of course we were going to appeal…I could no more walk away from our biological son, Clayton, at this point. Kirill is just as much my son. WE LOVE HIM. It is absolutely heartbreaking to think about having to explain to Clayton that Kirill may not be coming home. I cry everytime I think about it. He loves his brother so much already.

So here we are, asking God to move the mountain that is standing between Kirill and us as we appeal to the Supreme Court in Moscow. Please pray with us and for us. 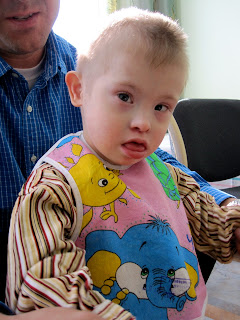 Tesney
Mommy. Wife. Noonday Ambassador. Social Worker. Blogger. Advocate for Diabetes, Down Syndrome, and Adoption. I love to laugh until tears run down my cheeks. I have been known to exaggerate for effect.